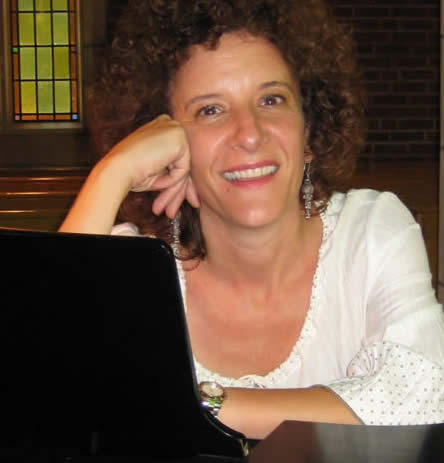 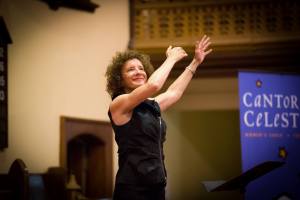 I am the Founder and Artistic Director of Cantores Celestes Women’s Choir. In addition to conducting, I am a Freelance Music Producer for CBC Radio One and Two & produce the new Digital Music Streams: Choral Music; Classical Christmas; Easter Music for Mediation and the Movie Sound Track Stream. I’ve listened to over 16,000 pieces of music in the past year from Bollywood, pop music from the 70s-90s, Ambient Lounge, Kid’s Music, Heavy Metal, Hip Hop, New Wave to Jazz. I conduct the mixed voice Manulife Financial Choir and was the first ever conductor of the CBC Complaints Choir. I’ve been the guest conductor for the Toronto Mendelssohn Choir’s 2011 Singsation Series. I’ve been the Music Director of Churches of many denominations playing the organ and teaching music to children aged 2.5 years of age to 93! I am presently the Director of Music at St. John’s United Church in Agincourt where I direct the Senior Choir and produce a monthly World Music Sunday featuring the best World Musicians in the country.

I began my career as Music Consultant for CBC International Relations and from that position gained experience as producer for ‘Choral Concert’ and ‘Saturday Afternoon at the Opera’ and organized the ‘CBC Choral Competition for Amateur Choirs’. I was the Senior Producer for the classical music program ‘Music & Company’ and produced a special radio day celebrating the 500th Anniversary of the Life and Times of Thomas Tallis. When CBC Radio began to broadcast on Sirius, I was involved with its development. 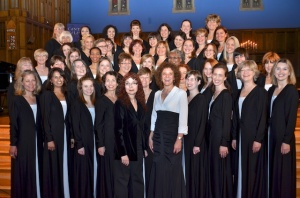 2 thoughts on “About Kelly Galbraith”

Thoughts on music, religion & life with the best musical performances in the world